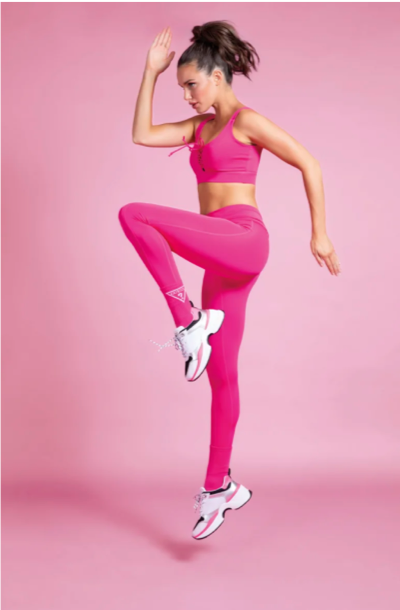 Iconic clothing brand GUESS and MMBSY joined forces yet again to create an awareness and engagement campaign around the launch of their new activewear collection. And what better way to interact with your audience than by busting out a move together? Because, if there’s one thing we know uplifts spirits, it’s dancing! And why not use famous Belgian TikTokkers to promote your message? A fun campaign that was all about connection and spreading positivity.

The best way to create meaningful interaction with your target audience and show of your new collection of activewear? Well, video of course. And with TikTok officially being the hottest new platform among Gen Z and millennials, it was a match made in heaven with a cool and colourful brand as GUESS. The campaign is also the first TikTok Challenge for the brand in Europe.

With dance routines and moves being so popular on the platform it made sense for GUESS to create a hashtag challenge around it: #WhatMovesYou. We collaborated with five influencers who responded to the image of the GUESS girl. On top of that, they all had one thing in common: They are true dancing queens. Each of them created and performed their own choreography, wearing an outfit from the activewear line. The challenge was simple: Their followers had to interpret the dance and make it their own in order to win a gift card.

The goal of this campaign was to spark joy and interaction by inviting the influencers’ following to take part in the What Moves You-challenge. By focussing on user-generated content we reminded GUESS’ audience that we can all still socially connect on a virtual level by simply moving our bodies. And GUESS what? It’s also pretty fun… 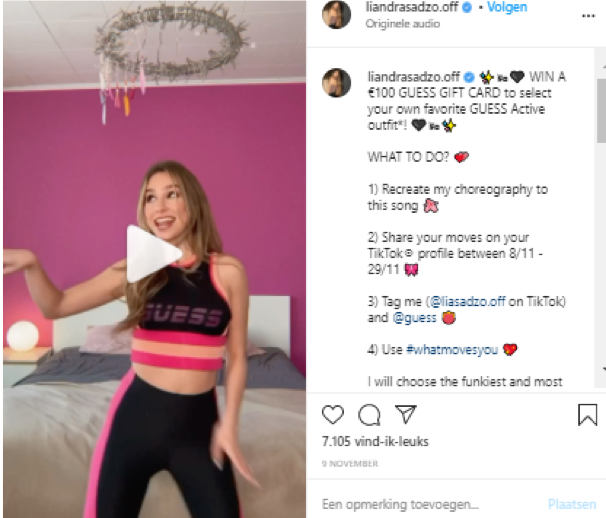 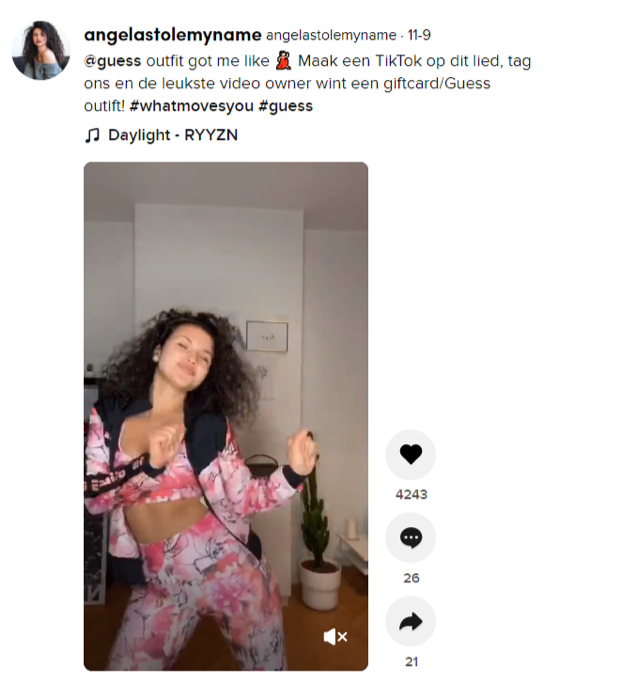 Did we capture hearts, provoke laughter and spread some much needed positivity? Check,  check, check! The influencers were such a fan of the brand and the outcome, that they even overdelivered in terms of publications:

And as the cherry on top, the content made by angelastolemyname was used in an US online ad campaign. Proving we delivered real GUESS-content.

Read our other cases here.