We eat a credit card’s worth of plastic a week. How so? Plastics reach our rivers and a large proportion ends up in our oceans where they break down into microplastics. Non-profit organization River Cleanup eliminates the damage done by littering in the best way possible: by organizing cleanup events, open for everyone to join. By joining forces, all volunteers contribute to getting rid of as much plastic in our rivers as possible, with great results.

To highlight its biggest event of the year, World Cleanup Day, River Cleanup wanted to create large public awareness surrounding citizens’ roles in combatting plastic pollution and littering in and around rivers. The ocean can live without us, but we can’t live without the ocean. Broad public awareness can help to change the way in which plastic is perceived, used and managed as waste. Getting thousands of people to join a good cause? Sound like a job for us!

This year, special attention was paid to the areas that suffered from severe flooding in July this year. Since those fatal events, River Cleanup has been traveling to the affected areas several times a week to help the victims and to organize clean-up events with volunteers from all over Belgium.

Our mission was to create awareness in press and on social media for activities organized by River Cleanup. But also to educate local communities on plastic waste, getting them to roll up their sleeves and see River Cleanup as the sustainable headliner on World Cleanup Day.

On the 22nd of March, World Water Day, we launched a month-long challenge encouraging people to pick up litter at rivers or parks near their homes. The challenge ended on the 22nd of April, Earth Day… Could it be any more symbolic?

We designed a PR campaign with a coherent look and feel, that delivered a clear, singular and simple message: doing something for the environment doesn’t require huge effort. It’s all about joining forces and working smarter, not harder.

With the help of our campaigns, River Cleanup and its partners managed to mobilize 100.000 volunteers on World Cleanup Day! 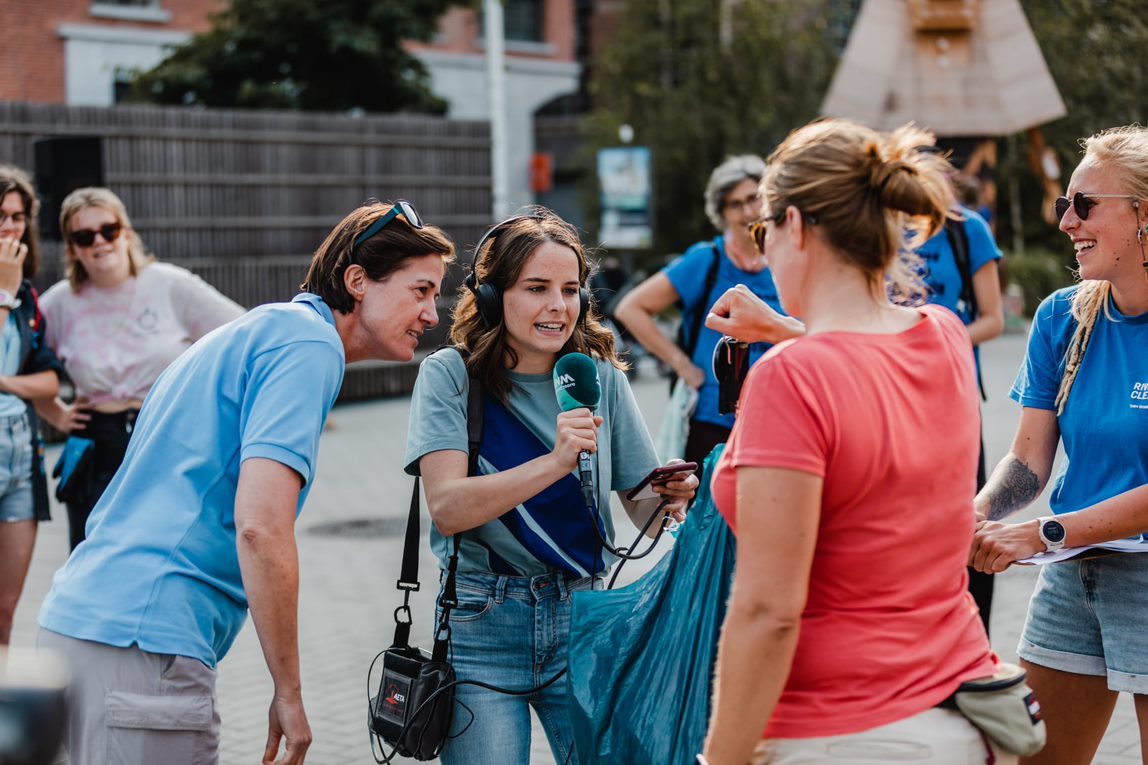 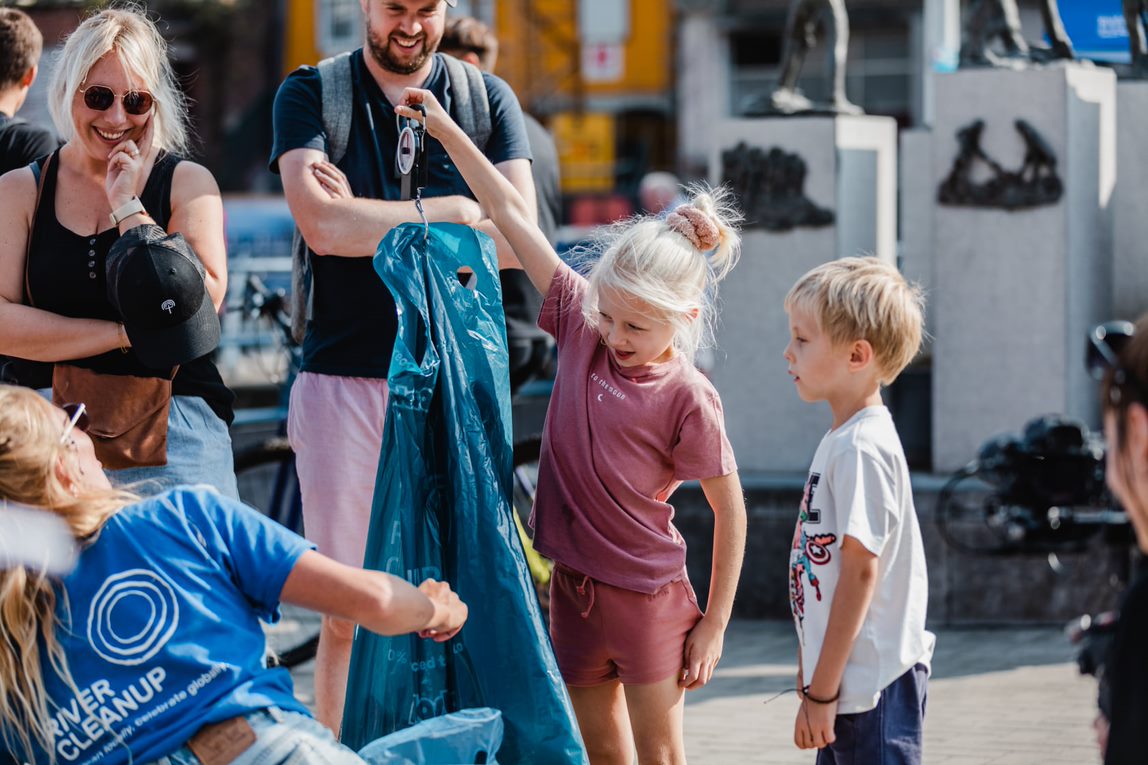 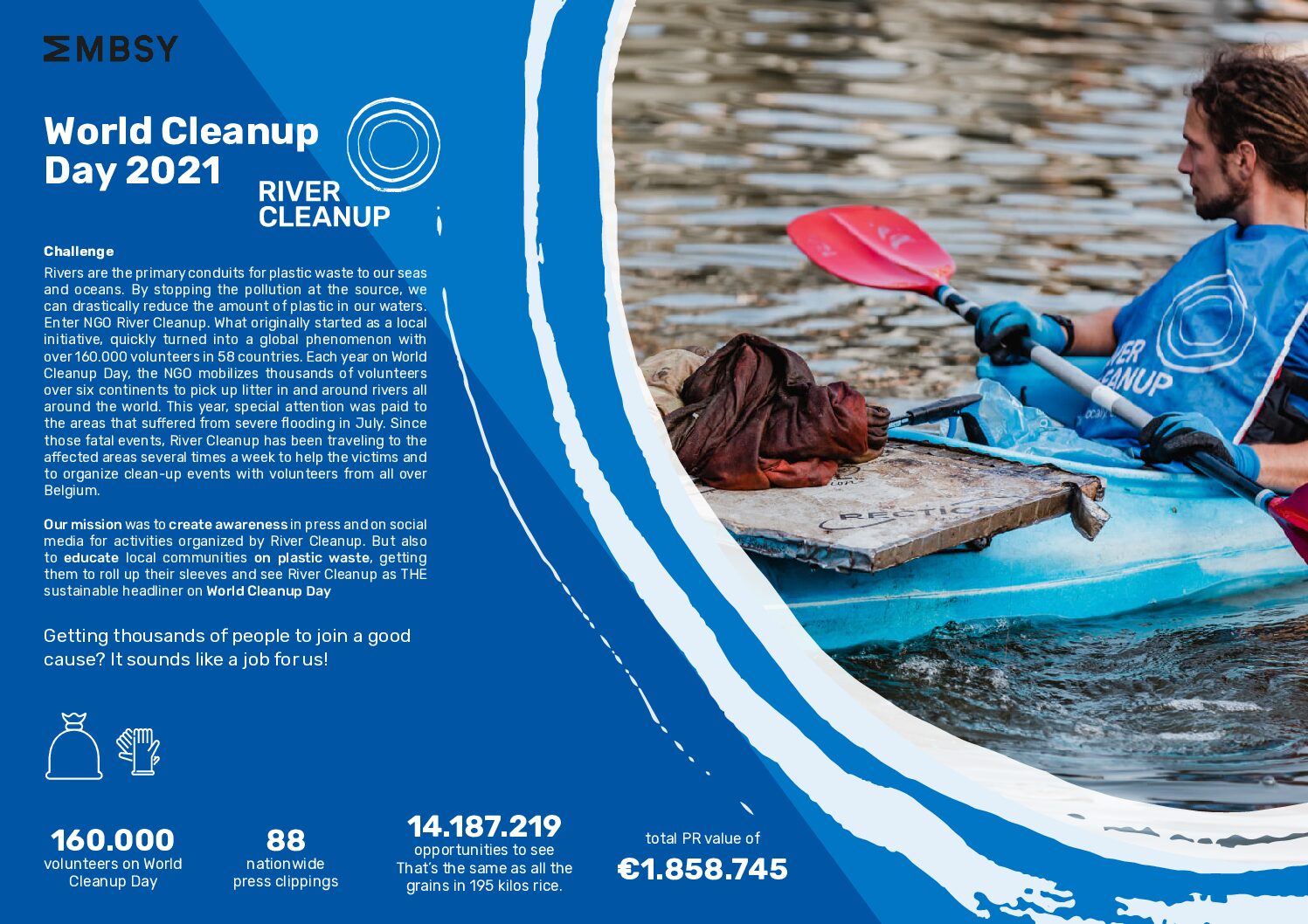